Rama sends the draft law of public assets looting to the Parliament; he invents the “investment corporation” as the latest maneuver to give the clients the coast and free properties in the main cities of Albania

The theft and economic damage of € 1.7 billion from the Edi Rama’s government, its branches and mayors, within a year, will be a bed of roses. Recently, Edi Rama has taken another mafia decision and with catastrophic consequences for Albania. With only one signature, Rama and his soldiers in government have decided to give the oligarchs the coast without a competition. The decision foresees that Edi Rama will divide the Albanian coast with the oligarchs and its clients as if it was a spoil of war. With this decision, the public but also the private part of the coast will goto the hands of a group of oligarchs, while the rest of the Albanians will be tourists or slaves of the oligarchy. In addition to the coastline which is the most desirable, this law will also share other properties, especially in the main urban centers.

But how does the corporation rob the properties?

The problem is not the establishment of corporations, but the robbery consists of the privileged status this draft law gives to the corporates, which in the present case will be a mask for the oligarchs who together with Rama, want to seize the properties on the coast. According to the draft law, the corporation is excluded from the competition. This means that the corporation picks up a coastal area and Rama decides to give it or not. But this is not the end. According to the draft law “On the development and implementation of an investment project, the Corporation may be supported by state institutions with supporting infrastructure, such as roads, water supply, sewerage, electricity and telecommunications. The ministry responsible for the economy, in cooperation with other ministries, examines and verifies the needs and requirements forsupportinginfrastructure, as well as estimates the approximate cost for its completion, a cost that should not be disproportionately high in relation to the value and importance of the investment project. The support with supporting infrastructure is approved by a decision of the Council of Ministers, upon the proposal of the minister responsible for the economy “.

This practice defiles the constitution, democracy, competition and the first consequence it can bring is the final blocking of the EU integration process, because the EU cannot accept a privatized country by 4-5 “sultans”. All governments are looking to grasp the coast, to acquire it through its clients. SaliBerisha managed to acquire and transform some of the most strategic areas, by giving them to the wolves of the politics. But, Edi Rama, with the last law, surpasses not only SaliBerisha but also all the invaders since the Roman occupation./Pamfleti 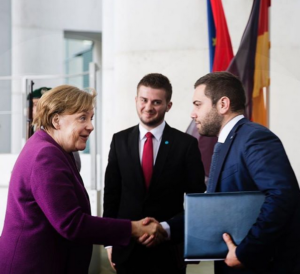 Exclusive Edi Rama annuls the law for closing portals after the ultimatum from Brussels The law that scandalized internationals aimed at closing portals that refuse to be bribed with the money of government’s corruption, the news had to be written according to Endri Fuga’s rules.

Exclusive / The tremendous assets of Sheikh Alaudin Malaj; the way he launders his money of corruption through his wife

How the “shark” of justice, Alaudin Malaj, became step by step rich with the gavel of justice, the number of…