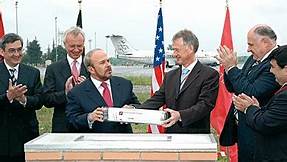 From: Exit Staff 10 hrs ago

Albanian President Ilir Meta has returned to parliament, the law for the extension of the concession agreement for the Mother Theresa Airport.

In December 2020, Kastrati Group purchased the concession for the country’s only operational airport from a Chinese company. This gave Kastrati the right to operate the airport for the remaining 6 years of the 22 years in the original concession contract of 2004. Following the sale, the government proposed extending the concession by 13 years in return for Kastrati pledging to invest some EUR 100 million in the airport. The proposal was approved by parliament and sent to the president.

The law was sent for approval to Meta who refused to approve it. He published his reasons as follows: