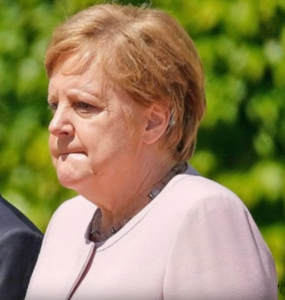 ‘Structured Criminal Group’ – Another Failure of the Justice Reform

758 Albanians were deported from Germany in 2018, the highest number of all nationalities deported, according to data by the German Ministry of Interior. The main reasons for deportations were refusals of asylum applications,… 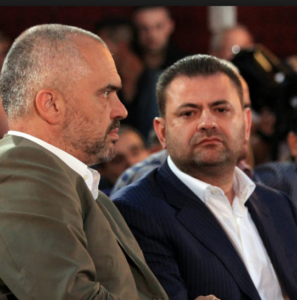 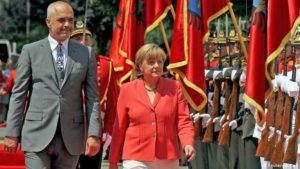 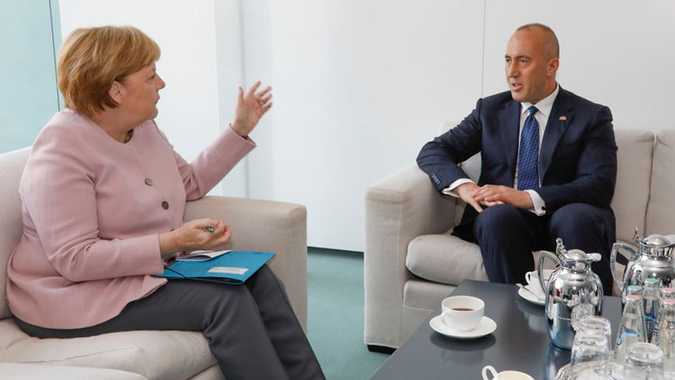 Not even a week after a video of a restaurant owner pulling off a James Bond-like action scene on the hood of a tourist van went viral, has the restaurant been erased from the face of the earth. The video showed Mihal Kokëdhima, the owner of restaurant Panorma, clinging on to the hood of a…

Kokëdhima was immediately accused by the prosecution office, and appeared in court August 18, where he was filmed in conversation with his lawyers:

On August 21, the National Inspectorate for the Protection of the Territory (IKMT) had brought in the heavy machinery to tear down Panorma. It turned out to be “illegal.” The speed and timing with which the IKMT has acted suggests that we are not dealing here with a simple bureaucratic procedure but with state-sponsored revenge.

In anticipation of the collapse of the Thaçi-Rama conjoined regimes?

The Western Balkans has been the epicentre of instability in recent years. Global geopolitical changes have shaken this restless region which still hasn’t recovered from recent wars that raged through it.
The region is strongly affected by confrontations between the superpowers and the main regional actors. The whole Western Balkans functions according to the „linked vessels“ principle, which means that any instability –as well as stability – is very quickly transferred to other parts of the region.
The situation is most serious in Kosovo and Albania. Both countries are governed by long-standing regimes: in Kosovo led by its President Hashim Thaçi (PDK) and in Albania under its Prime Minister Edi Rama (PS).
The events in Kosovo and Albania cannot be viewed separately, since they are actually triggered by two closely-related regimes that regularly generate crises.

Why is Kosovo 2019 early election so important?

Kosovo will hold early parliamentary election on 6 October 2019. It is expected that the incumbent regime will lose the election, which will accelerate the fall of Edi Rama’s regime in Albania.
Prime Minister Rama was therefore actively involved in the attempts to persuade the Kosovo opposition political parties to avoid early election and form a new government, but his attempts eventually failed. Rama is aware that Thaçi’s election defeat will also bring his regime to an end.
With the fall of Thaçi regime, Rama’s criminal and corruption octopus spreading its tentacles to Kosovo will start to unveil. Both Thaçi and Rama have an almost identical modus operandi based on plundering public resources, intimidating citizens and political opponents, election frauds and vote-buying, deceiving the international community, constantly producing crises and disputes with the opposition in order to create a controlled chaos in which they can maintain their power with the enormous amounts of dirty money. In this situation, crime and corruption have determined not only the way they rule the country but also the way they live. The forthcoming early parliamentary election will unveil Thaçi’s network of mercenaries. It will also reveal which of the high international envoys and state officials working for Thaçi’s regime will visit Kosovo in September 2019. This will point to those who are a part of the political and diplomatic corruption that keeps Thaçi in power.
Analysts have pointed to very strong connections between politics, business (tycoons) and crime, which was evident during the formation of coalitions for the forthcoming early election. Namely, the political-criminal circles prevented the formation of the pre-election coalition of the Self-Determination Movement (Lëvizja Vetëvendosje  – LVV) and the Democratic League of Kosovo (LDK). Within LDK those political-criminal circles are symbolised by Lutfi Haziri and Agim Veliu who cooperate tightly with the Democratic Party of Kosovo (PDK) and its leader Hashim Thaçi. Therefore the votes given to LDK at the forthcoming election will actually be votes for PDK and Thaçi. Unfortunately, Germany has also interfered in the situation in Kosovo through its Christian Democratic Union (CDU). The aim of all those activities is to prevent the Self-Determination Movement (LVV) from taking over the government and to eliminate Albin Kurti as the convincing favourite for the new Prime Minister position.
Analysts have noted that Kosovo’s political parties perceive elections as a chance to gain power for undisturbed plundering of public resources rather than as an opportunity to act responsibly for the interests and welfare of their country and its citizens.Kosovo’s foreign policy has experienced a complete fiasco, not being able to provide the visa-free regime to its citizens nor participation in Interpol to its police forces. In the meanwhile, more than ten states have withdrawn their international recognition of Kosovo, which Serbia presents as its great success.

Imposition of customs tariffs on imports from Serbia and BiH and the beginning of Serbian opposition protests – just a coincidence?

The fact is that crime and corruption have no borders. This is especially evident in the Western Balkans, where crises and even armed clashes have been constantly produced for the past 30 years.
Kosovo is led by military and political-criminal structures, which maintain their power by producing crises and through crime and corruption. They have even involved some high officials from other states and some top European Union (EU) officials…………

Where have disappeared two billion euros of European money?

The EU has fundamentally neglected the Western Balkans while other countries and centres of power have spread their capillary presence through this region. Two billion euros of

Albania’s Socialist Prime Minister Edi Rama came to power in 2013 with the help of „strong-handed men – from the underground “ including a few regionalcrime bosseswho provided „muscles and money“ for elections. Many of them were put on the Socialist Party (PS) electoral lists and became Members of the Albanian Parliament. Rama is the politician with the longest political career in Albania and has performed various functions for 20 years: two years as Minister (1998-2000), eleven years as Mayor of  Tirana (2000-2011) and seven years as Prime Minister (2013-2019). Interestingly, the political career of the incumbent Kosovo President Hashim Thaçi has lasted almost the same as that of Edi Rama.

EU taxpayers‘ money have disappeared or been inappropriately wasted in Kosovo. The new European Parliament (EP) is expected to launch an investigation and establish the responsibility for the spending of those funds

……………………………………….
Between 2014 and 2017 Albania became the main illegal producer of cannabis and the country with highest rates of human trafficking in Europe, which was confirmed by the EU, Europol[1], the US State Department[2] and the United Nations[3]. Saimir Tahiri (PS) of direct involvement in drug trade. Publication of  wiretaps on 30 January 2019 revealed that dozens of socialist MPs, socialist mayors and other high officials were linked with organised crime through vote-buying, voter intimidation, document forging and other criminal activities before and during the 2017 general elections. There is clear evidence of collusion at high level between the socialist government and bosses of drug/human trafficking gangs, which enabled the thriving of drug production and trade in Albania. 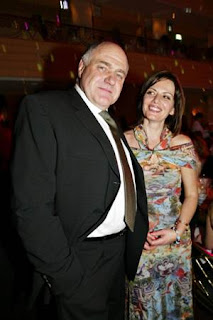 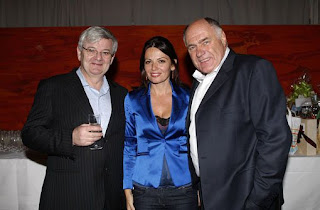 All this time the opposition accused the socialist government, especially the then Minister of the Interior

The illegitimate local election held on 30 June 2019 confirmed the allegations of the criminal nature of Rama’s regime. It was soon found that the Mayor of Shkodra Valdrin Pjetri, who was elected at that illegitimate election, had been convicted on drug charges in Italy. The Mayor of Vorë Agim Kajmaku had been arrested in Greece for forgery of money.It was found that he used the fake name Jorgo Toto and counterfeited his identity documents. There are also numerous other cases of criminal activities in Albania. The IFIMES International Institute has mentioned some of them in its previous analyses, such as the activities of Albanian power corporation KESh (Adrian Cela)which represents a nest of crime in the energy sector.
……………………………………………………….
https://www.ifimes.org/en/9694