“The whole judicial system in Albania is corrupt”. Chief of EURALIUS reveals the truth for VOA / VIDEO interview in English (full length) 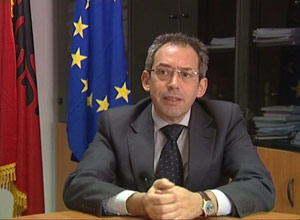 Tirana – “The justice system has continued to deteriorate in this last 4 years in Albania”, said the head of EURALIUS Mission in Albania, Joaquin Urias. In an interview for “Voice of America”, instead of justice he talks about the missing justice in Albania, where corruption has become systemic, being thus the rule and not the exception.

“I think that the whole judicial system in Albania is corrupt. In the Albanian judicial system, the fact that you know somebody or you pay, is understood as something normal. Lawyers give money to judges, judges demand money, and even prosecutors take money. The solution is extremely difficult. I think that the first solution would be to have an independent institution, as the High Council of Justice, that should start taking extremely harsh measures against every kind of corruption. A corrupt person from the inside is not needed to to end the corruption. All measures taken in the last years are good, but they are just a facade,” said Urias.

The role of lawyers is one of the challenges of justice, according to EURALIUS chairman. He proposes harsh disciplinary measures for lawyers who abuse their profession.

“Disciplinary rules should be strong in two ways. I believe that judges should have the right to directly sentence lawyers who interrupt or try to hamper the progress of work in a court. This should be done by the lawyer, not by the Bar Association, but from the lawyer. Second, the Bar Association is an institution that has been appointed to protect lawyers, but at the same time to control corruption among lawyers. Until now in Albania, during these 11 years, no lawyer has been sentenced for disciplinary violations. And this is unacceptable,” said Urias.

EURALIUS head of mission speaks about urgent interventions in Constitution and on the law of the Supreme Court. He says that this is a political court and amends should regard even the work of the High Council of Justice. 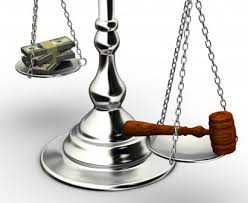 “Constitution makes it clear that the Supreme Court is part of the judiciary and not a political institution. It’s the last instance of the judiciary. One thing is sure, Albania needs to amend the Constitution, if the country wants to be in line with EU” said Urias.

INFOCIP (CPII) is publishing this interview unedited, in English language, in its full length, to provide all those interested in the judiciary reform in Albania an opportunity to listen to objective evaluations and conclusions drown by those in head of international missions in Albania. This interview, taken by Armand Mero, is a courtesy of the Voice of America. http://www.infocip.org/en/?p=1199