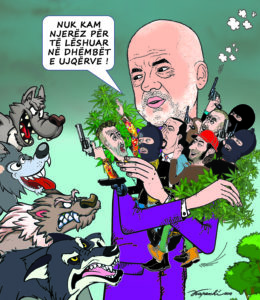 The Ministry of Interior and the State Police have declared that they have won the battle against cannabis, but there have also been cases of plantations, found in  remote areas.

Some of them were discovered in Vlora, Tepelena, Puka, Gramsh, Kruja, and other areas.

The plantations were found out in the wild, in lands not owned by anyone. In most of the cases the information for the media has been partial, without anyone announcing the quantity of the cannabis that was eliminated.

This August, Police discovered a plantation in Frasher, Permet, well-organized with more than 3000 plants. Two persons were arrested, one of whom was from Venezuela.

His name was Arturo Morales, an agriculture expert by profession, who admitted that he arrived in Albania to work in exchange of several thousands of Euros.

The cannabis cultivation has been reduced, but it is still present in Albania.