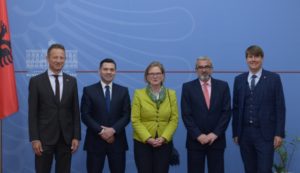 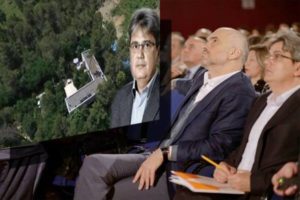 Bureau of Economic and Business Affairs

Albania is an upper middle-income country with a GNI per capita of USD 4,180 (2016) and a population of approximately 2.9 million people, around 45 percent of whom live in rural areas. According to IMF estimates, real GDP increased by 3.8 percent in 2017, and growth is expected to reach 3.9 percent annually from 2018 to 2020. Albania received EU candidate status in June 2014. In November 2016, the European Commission recommended the opening of EU accession negotiations with Albania, conditioned primarily upon implementation of a judicial reform package passed earlier the same year. In April 2018, the EU Commission recommended the opening of accession negotiations, and the Council of the European Union will review this recommendation in June 2018.

Foreign investors cite corruption, particularly in the judiciary, a lack of transparency in public procurement, and poor enforcement of contracts as continuing problems in Albania. In 2016, the government of Albania passed sweeping constitutional amendments to reform the country’s judicial system and improve the rule of law. The implementation of judicial reform is underway, including the vetting of judges and prosecutors for unexplained wealth, but foreign investors perceive the investment climate as problematic and say Albania remains a difficult place to do business.

Investors report ongoing concerns that regulators use difficult-to-interpret or inconsistent legislation and regulations as tools to dissuade foreign investors and favor politically connected companies. Regulations and laws governing business activity change frequently and without meaningful consultation with the business community. Major foreign investors report pressure to hire specific, politically connected subcontractors and express concern about compliance with the Foreign Corrupt Practices Act while operating in Albania. Reports of corruption in government procurement are commonplace. The increasing use of public private partnership (3P) contracts has narrowed the opportunities for competition, including by foreign investors, in infrastructure and other sectors. Poor cost-benefit analyses and a lack of technical expertise in drafting and monitoring 3P contracts are ongoing concerns. The government had signed more than 200 3P contracts by the end of 2017.

Property rights remain another challenge in Albania, as clear title is difficult to obtain. Some factors include unscrupulous actors who manipulate the corrupt court system to obtain title to land not their own. Compensation for land confiscated by the former communist regime is difficult to obtain and inadequate. Meanwhile, the agency charged with removing illegally constructed buildings often acts without full consultation and fails to follow procedures.

According to the 2018 World Bank Doing Business Report, it takes an average of five procedures over five days to start a company in Albania. The National Business Center (NBC) serves as a one-stop shop for business registration. All required procedures and documents are published on-line (http://www.qkb.gov.al/information-on-procedure/business-registration/). The registration may be done in person, or online via the e-Albania portal. Many companies choose to complete the registration process in person, as the online portal requires an authentication process and electronic signature and is only available in the Albanian language. In 2016, the Business Licenses Center merged with the National Registration Center, to create the National Business Center (http://www.qkr.gov.al/home/), which now serves as a one-stop-shop for business registration and all licenses………

Authorities responsible for mergers, change of control, and transfer of shares include, the Albanian Competition Authority (ACA; http://www.caa.gov.al/laws/list/category/1/page/1 ) which monitors the implementation of the competition law and approves mergers and acquisitions when required by the law; and, the Albanian Financial Supervisory Authority (FSA; http://www.amf.gov.al/ligje.asp ) which regulates and supervises the securities market and approves the transfer of shares and change of control of companies operating in this sector.

Investors in Albania are entitled to judicial protection of legal rights related to their investments. Foreign investors have the right to submit disputes to an Albanian court. In addition, parties to a dispute may agree to arbitration. Albania is a signatory to the New York Arbitration Convention and foreign arbitration awards are typically recognized by Albania, although the government refused to recognize an injunction from a foreign arbitration court in one high profile case, in 2016, calling into question the government’s commitment to arbitration (this refusal was later reversed). The Albanian Civil Procedure Code outlines provisions regarding domestic and international commercial arbitration. Many foreign investors complain that endemic judicial corruption and inefficient court procedures undermine judicial protection in Albania and seek international arbitration to resolve disputes.…………….

There are many ongoing disputes regarding properties confiscated during the communist regime. Identifying ownership is a longstanding problem in Albania that makes restitution for expropriated properties difficult. The restitution and compensation process started in 1993, but has been slow and marred by corruption. Many US citizens of Albanian origin have suffered from long-running restitution disputes. Court cases drag on for years without a final decision, forcing many to refer their case to the European Court of Human Rights in Strasbourg, France. To date, the Court has issued around 29 decisions in favor of Albanian citizens in civil cases involving protection of property with an assessed financial cost of approximately USD 50 million. Approximately 400 applications are pending for consideration. Even after settlement in Strasbourg, enforcement of decisions is slow.…………………..

Real Estate is registered at the Immovable Property Registration Office (IPRO). The procedures are cumbersome and registrants have complained of corruption during the process. Recent changes to legislation allow a notary public to have access to real estate registers and confirm the legal ownership of property. The process of registering property remains cumbersome and difficult to navigate. For large transactions, it is advisable to hire an attorney to check documents and procedures for property registration.

The government has drafted and passed property legislation in a piecemeal and uncoordinated way. Reform of the sector has yet to incorporate consolidation of property rights or the elimination of legal uncertainties. Immovable property rights enforcement is inefficient and cited as a common source of corruption. Through international donor assistance, the registration system has improved. The initial property registration process has seen progress, but the finalization of the process has stalled in recent years. Approximately 15 percent of properties nationwide are unregistered, mostly in urban and high value coastal areas.

Illegal construction is a major impediment to securing property titles. The legalization process to address large-scale illegal construction started in 2006, and is still underway. There are an estimated 440,000 illegal buildings in Albania. In an attempt to legalize property and punish illegal construction, the government’s National Urban Construction Inspectorate (INUK) began a building demolition campaign in late 2013. There were credible reports that the government demolished some homes without due legal process as part of a wider campaign to demolish illegally constructed buildings. Citizens also submitted complaints that INUK ignored citizens‘ requests to demolish some illegal buildings while choosing to demolish other buildings about which citizens had not complained.

According to the 2018 World Bank’s Doing Business Report, Albania performed poorly in the registering property category, ranking 103 out of 190 economies. It takes 19 days and six procedures to register property and the associated costs can reach 9.6 percent of the total property value.