Albania under the yolk of its rising oligarchs

By Peter Tase The New Year will be an elections season for Albania and its people, meanwhile Mr. Edi Rama and his government confidants have allocated….

The New Year will be an elections season for Albania and its people, meanwhile Mr. Edi Rama and his government confidants have allocated large sums of money in their own pockets and plan to feast a large number of staffers in the Prime Minister’s office that will cost dearly to Albania’s tax payers.  In his last year in office, Mr. Rama and his associates are expected to continue with their luxurious life (at home and abroad) while their fellow countrymen are living at the worst conditions ever experienced over the last twenty six years in their transitional democracy system.

As the Albanian Parliament approved the National Budget for 2017, it supplied many more suitcases – in addition to the millions of Euros generated by massive marihuana farming that stretches from Vermosh to Konispol – filled with the money paid by Albania’s tax payers, to Mr. Edi Rama and his corrupt ministers, who have stashed their wealth abroad and continue to be ranked as Europe’s richest oligarchs.

Albania succumbed into a neo-communist cruelty

Two weeks ago, walking in Tirana’s semi lucid main boulevard, I met for the first time with Maks Velo, a distinguished painter and architect whose art……

Mr. Bushati has abused with his legal duties when awarding this contract – without conducting any open, proper procurement practice whatsoever – to Mr. Kadri Morina, (his private mentor and a principal financial sponsor) an illegal procedure that could send behind bars Mr. Bushati and his corrupt associates…….. Read more

An order signed by his obedient subordinate, Mrs. Blerda Kadzadei (who has recently been cited on reliable Albanian News Media for her corrupt handlings), forces every Albanian diplomat worldwide to take health insurance package from Eurosig whose owner is mention above! There is no single hospital in the globe that recognizes such a health insurance company; however it is evident that Mr. Bushati gets his fair share from this corruption affair.

Albania and Kosovo: neither separated nor united

By Dr. Lisen Bashkurti  A storm inside a glass has begun between Albania and Kosovo.  It appears that relations between the two countries are being sh… Read more

Albania – the land of eagles is getting old

By Dr. Lisen Bashkurti  From the written media, from audiovisual channels and from social networks, I am reading, observing and hearing heartbreaking… Read more

Albania at the brink of war: This is what it did with the Mujahideens

By Peter Tase In 2001, the government of Albania under the leadership of the Socialist Party, nominated Mr. Fatos Tarifa as Ambassador to the United S… Read more 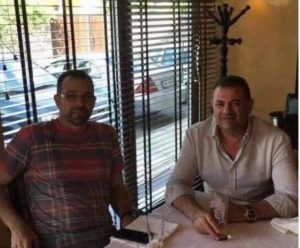